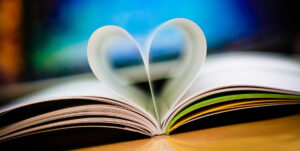 The Division of Finance Diversity, Equity, and Inclusivity Book Club connects readers with selections that raise awareness and appreciation of diverse cultures, ideas, and beliefs. Our goal as a club is to build community with our peers, to provide a safe space to discuss diversity issues, and to develop a culture of inclusivity within all levels of the division.

Discussions are focused on personal anecdotes, lived experiences, and themes brought to light by the authors. We try to offer a variety of literature types while honoring various cultural events throughout the year. We hope that as we continue reading selections, participants will have a greater sense of how to address current issues within their community.

Meetings are held roughly every 6 weeks. Upcoming selections, their descriptions, and information about the authors can be found below. There is no requirement to attend every meeting or to have finished the book before attending. Please join us as we continue to grow and learn together!

If you have any suggestions for upcoming titles, please feel free to email one of our committee members: Sarah Boyer, Evelyn Ford, Elizabeth McNamara, Arianna Mears, and Sherell Rutland.

When Lila Macapagal moves back home to recover from a horrible breakup, her life seems to be following all the typical rom-com tropes. She’s tasked with saving her Tita Rosie’s failing restaurant, and she has to deal with a group of matchmaking aunties who shower her with love and judgment. But when a notoriously nasty food critic (who happens to be her ex-boyfriend) drops dead moments after a confrontation with Lila, her life quickly swerves from a Nora Ephron romp to an Agatha Christie case.
With the cops treating her like she’s the one and only suspect, and the shady landlord looking to finally kick the Macapagal family out and resell the storefront, Lila’s left with no choice but to conduct her own investigation. Armed with the nosy auntie network, her barista best bud, and her trusted Dachshund, Longanisa, Lila takes on this tasty, twisted case and soon finds her own neck on the chopping block…

Mia P. Manansala is a book coach and the author of ARSENIC AND ADOBO (Berkley 2021), the first in the Tita Rosie’s Kitchen Mystery series.
She uses humor (and murder) to explore aspects of the Filipino diaspora, queerness, and her millennial love for pop culture.
She is the winner of the 2018 Hugh Holton Award, the 2018 Eleanor Taylor Bland Crime Fiction Writers of Color Award, the 2017 William F. Deeck – Malice Domestic Grant for Unpublished Writers, and the 2016 Mystery Writers of America/Helen McCloy Scholarship. She’s also a 2017 Pitch Wars alum and 2018-2020 mentor.

A collection of essays to honor Pride.

Featured as one of Summer 2018’s most anticipated reads by the Los Angeles Times, Vogue, Vulture, Entertainment Weekly, ELLE, Buzzfeed, and Bitch Media.

In the style of New York Times bestsellers You Can’t Touch My Hair, Bad Feminist, and I’m Judging You, a timely collection of alternately hysterical and soul‑searching essays about what it is like to grow up as a creative, sensitive black man in a world that constantly tries to deride and diminish your humanity.

It hasn’t been easy being Michael Arceneaux.

Equality for LGBT people has come a long way and all, but voices of persons of color within the community are still often silenced, and being black in America is…well, have you watched the news?

With the characteristic wit and candor that have made him one of today’s boldest writers on social issues, I Can’t Date Jesus is Michael Arceneaux’s impassioned, forthright, and refreshing look at minority life in today’s America. Leaving no bigoted or ignorant stone unturned, he describes his journey in learning to embrace his identity when the world told him to do the opposite.

He eloquently writes about coming out to his mother; growing up in Houston, Texas; that time his father asked if he was “funny” while shaking his hand; his obstacles in embracing intimacy; and the persistent challenges of young people who feel marginalized and denied the chance to pursue their dreams.

Perfect for fans of David Sedaris and Phoebe Robinson, I Can’t Date Jesus tells us—without apologies—what it’s like to be outspoken and brave in a divisive world.

Michael is the New York Times bestselling author of I Can’t Date Jesus: Love, Sex, Family, Race, and Other Reasons I’ve Put My Faith in Beyoncé.

In the past, you could find Michael in his most natural state on The Cynical Ones, a humor blog filled with commentary on politics, pop culture, and personal anecdotes. The Root once named Michael named one of the Best Black Bloggers to Know. ESSENCE magazine named him one of the top #BlackTwitter voices to follow.

His work has been referenced everywhere from The Weekly Standard to Jezebel to MSNBC and even been deemed required reading for courses at Harvard University. Michael has also been featured on MSNBC, NPR, BET, VH1, CBS News, Viceland, SiriusXM Radio, in addition to various radio interviews on nationally syndicated programs.

He is currently working on his second book I Don’t Want To Die Poor, which chronicles his struggles with private student loans and actual economic anxiety.

A memoir honoring one of Philly’s own rags to riches stories.

One of the most dynamic and globally recognized entertainment forces of our time opens up fully about his life, in a brave and inspiring book that traces his learning curve to a place where outer success, inner happiness, and human connection are aligned.

This memoir is the product of a profound journey of self-knowledge, a reckoning with all that your will can get you and all that it can leave behind. Written with the help of Mark Manson, author of the multi-million-copy bestseller The Subtle Art of Not Giving a F*ck, Will is the story of how one person mastered his own emotions, written in a way that can help everyone else do the same. Few of us will know the pressure of performing on the world’s biggest stages for the highest of stakes, but we can all understand that the fuel that works for one stage of our journey might have to be changed if we want to make it all the way home. The combination of genuine wisdom of universal value and a life story that is preposterously entertaining, even astonishing, puts Will the book, like its author, in a category by itself.

Will Smith is an actor, producer and musician, two-time Academy Award nominee, Grammy Award and NAACP award winner who has enjoyed a diverse career encompassing films, television and multi-platinum records.

Once I Was You: A Memoir of Love and Hate in a Torn America

In Once I Was You, Maria shares her intimate experience growing up Mexican American on the south side of Chicago and documenting the existential wasteland of immigration detention camps for news outlets that often challenged her work. In these pages, she offers a personal and eye-opening account of how the rhetoric around immigration has not only long informed American attitudes toward outsiders, but also enabled willful negligence and profiteering at the expense of our country’s most vulnerable populations—charging us with the broken system we have today.

Maria Hinojosa is an award-winning journalist who has collaborated with the most respected networks and is known for bringing humanity to her reporting. For thirty years, Maria Hinojosa has reported on stories and communities in America that often go ignored by the mainstream media. Bestselling author Julia Alvarez has called her “one of the most important, respected, and beloved cultural leaders in the Latinx community.”

An Indigenous Peoples’ History of the United States (REVISIONING HISTORY)

Spanning more than four hundred years, this classic bottom-up peoples’ history radically reframes US history and explodes the silences that have haunted our national narrative.

Roxanne Dunbar-Ortiz grew up in rural Oklahoma, the daughter of a tenant farmer and part-Indian mother. She has been active in the international Indigenous movement for more than four decades and is known for her lifelong commitment to national and international social justice issues. After receiving her PhD in history at the University of California at Los Angeles, she taught in the newly established Native American Studies Program at California State University, Hayward, and helped found the Departments of Ethnic Studies and Women’s Studies. Her 1977 book The Great Sioux Nation was the fundamental document at the first international conference on Indigenous peoples of the Americas, held at the United Nations’ headquarters in Geneva. Dunbar-Ortiz is the author or editor of seven other books, including Roots of Resistance: A History of Land Tenure in New Mexico. She lives in San Francisco.